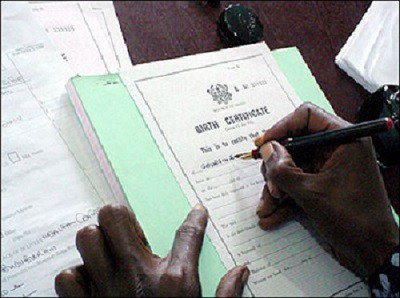 Acting Registrar, Births and Deaths Registry, Reverend Kingsley Asare Addo, has said a new birth and death law is in the offing to address issues of adult and late registration of births.

According to the Acting Registrar, such issues are “born again certificates” because they were people who already had birth certificates but because they wanted to change some information about themselves, they ended up doing multiple registration.

Rev. Addo, speaking at the second virtual Results Fair in Accra organised by the Ministry of Monitoring and Evaluation, said when the law becomes operational, the Registry would collaborate with the Ghana Health Service to set up offices at the district level and focus on registration at birth to curtail those pitfalls.

The Event which was on the theme “Promoting Efficiency and Accountability in Public Service Delivery,” offered agencies and Ministries implementing the 17 priority areas to share their achievements to the public.

He further revealed that the Registry was in discussion with the government to help digitise its over 16 million manual records to address the challenge of multiple registration and improve service delivery.

In 2013, Rev Addo said the government waived fees for children born within a year for birth certification, and urged parents to take advantage of the policy.

Responding to a question on whether an individual could make a name change on the birth certificate, the Registrar said it could done by going through a process including the swearing of an affidavit .

Rev Addo noted that if well resourced, the Registry could provide timely and accurate data for identification and legal purposes, mentioning shortage of human resource to propel its mandate and financial constraints as the main challenges facing the organisation.

According to him, the country was facing developmental challenges because it had not developed ways of using “factual data”, stressing it was time the Registry was given the needed attention to function effectively.

He said lack of vehicles and motorbikes was affecting the Region’s 70 per cent registration quota for the year, but expressed the hope that they would fill the gap in due course.