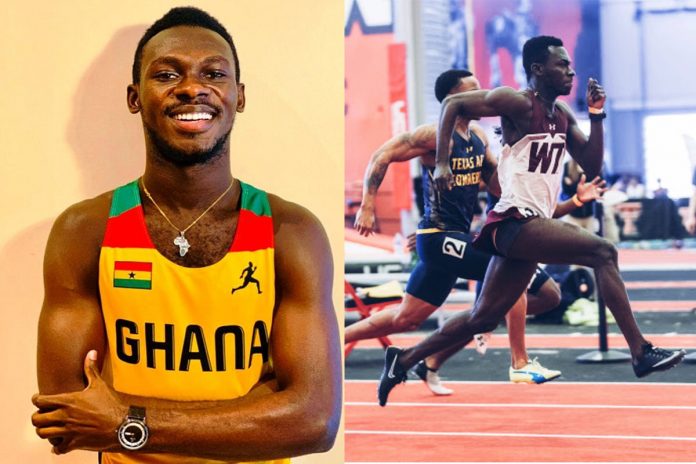 Sprinter Benjamin Azamati has shattered the 22-year-old national 100 metres record which used to be held by Leo Myles-Mills.

On Friday afternoon, Azamati secured a place in the 2021 Olympic Games with a historic time of 9.97s (1.5m/s) run in Heat 8 of the Texas Relays.

Because the runner has been in terrific form in the indoor games, his performance comes as little surprising to followers of athletics.

The former University of Ghana athlete was named the NCAADII Indoor Athlete of the Year at the Lone Star Championship.

He thus, has become the Ghanaian athlete to book qualification to the Olympics after John Paul Amoah and Nadia Eke.