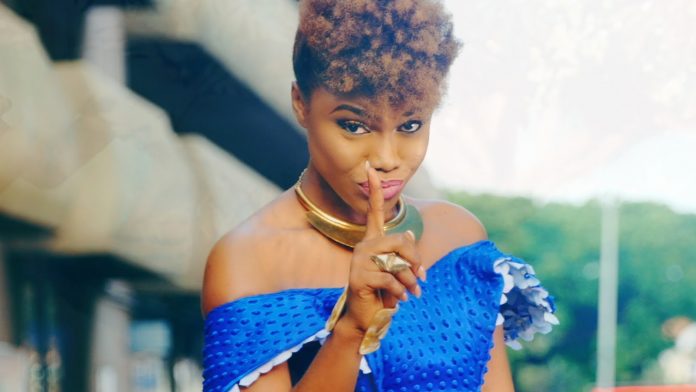 Ghanaian sensational musician Becca, known in real life as Rebecca Acheampong, says she doesn’t care about the fabricated stories written about her husband and herself because she is positive minded.

According to Becca, she is not bothered because nobody wakes up with her aside her husband.

“Blogger don’t wake up with me so whatever they say is their business, I can’t be bothered. I think if everybody knows me, I’m the sort of person who is very positive. Even in the hardest times I’m very positive. I’m a human being so I go through that emotional state where you think ‘can you just leave me alone because am a good person’,” musician Becca said in an interview with Stacy Amoateng.

She added that “unfortunately you will think you are a good person but not everybody wants the good for you and so yes there were a lot of things flying around which honestly I didn’t really care because there was nothing you were telling me about my husband that I didn’t know so I wasn’t really bothered. Some of them were fabricated, it was more than it is but honestly, I wasn’t bothered. I was enjoying my honey in Santorini so I couldn’t be bothered.”

Becca also revealed that contrary to claims that she got married after knowing her husband for three months, they had been friends for ten years.