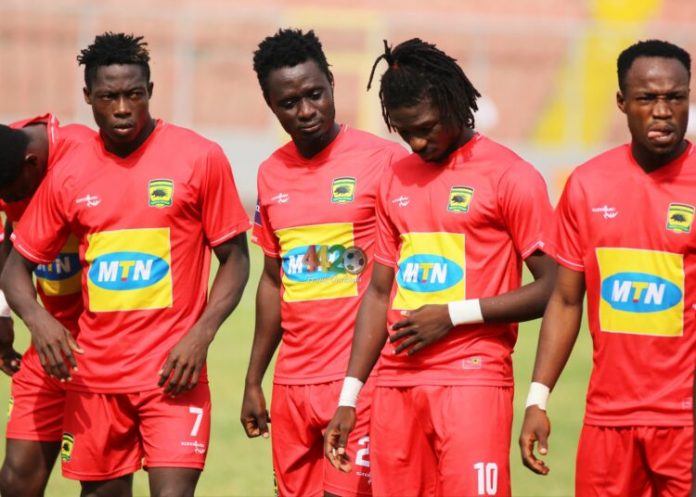 Godwin Attram , a coach and an ex black stars footballer, has tipped Kumasi Asante Kotoko, one of Ghana’s biggest football clubs, to win the Ghana Premier League (GPL) despite their mistakes.
Speaking to Nana Gyasi Darkwah, host of SportsPack 1, on Max 89.7 FM, Attram said that the club has the potential to win the league if they continue to stick to the plan of the coach.
According to the ex footballer, the Asante Kotoko players need to learn more to understand certain things concerning the league.
He further said “from the beginning of the league, he has observed very carefully most of the clubs, and how things are unfolding in the league, despite the mistakes of the referees.”
Godwin Attram further stressed that all the Kotoko players that were suffering from injury are back in the team and the moral of the team at the moment is very high.
He added that if they continue to stick to the plans that their coach, Maxwell Konadu, has outlined for them and implement them rightly on the pitch, they are likely to win the league.