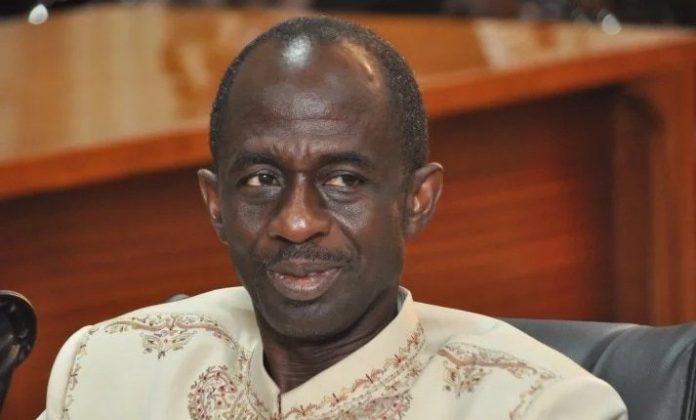 Johnson Asiedu Nketia, the General Secretary of the National Democratic Congress (NDC), has said he told Aaron Mike Oquaye, the former Speaker of Parliament Professor, that he was too old to be reelected into that position again for the 8th parliament.

According to Mr Asiedu Nketia, he informed the former Dome Kwabenya lawmaker that he should dedicate the rest of his life to telling Ananse stories to his grandchildren and not to serve as Speaker again.

On Thursday, January 7, during the election in the chamber, Mr Alban Bagbin, who was nominated by the NDC, polled 138 votes as against 136 for Professor Oquaye.

At a press conference in Accra on Friday, January 8, Mr Asiedu said that “The NPP’s demand for a rerun of the elections and the counter demand for the declaration of Honourable Bagbin as the winner led to another two hours of stalemate before eventually, evil had to succumb to the forces of democracy.

“In fact, at some points in time, the NPP were demanding that before Bagbin could be declared the winner we should accept a joint statement indicating that Professor Mike Oquaye withdrew from the contest and there were no elections at all.

“Can you imagine this? Everybody in the world saw the election happening, saw the ballot papers being stolen and you want us to come and embarrass ourselves or rather to share in your embarrassment with a common statement that the elections didn’t take place, that Mike Oquaye was never defeated, that he withdrew n eventually to allow Bagbin to go.

“In fact, I did warn him that he was too old to be a Speaker and I advised him that this was the time for him to dedicate the rest of his life telling ananse stories to his grandchildren.”