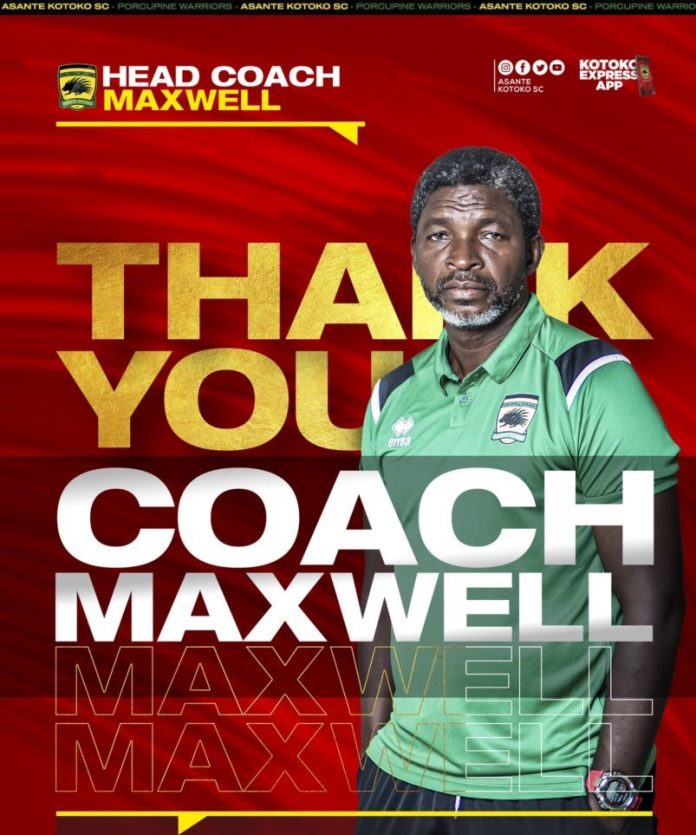 The Kumasi Asante Kotoko football club has sacked their head coach, Maxwell Konadu ending his three-year contract with the Ghanaian side.

According to the Porcupine Warriors, assistant coach Johnson Smith takes over immediately as the acting head coach.

News of the dismissal of Maxwell Konadu comes in hours after their defeat to Accra Great Olympics in the Ghana Premier League on Thursday, December 17.

A Twitter post by Asante Kotoko read: “Management of Asante Kotoko Sporting Club wishes to inform the general public that it has decided to part ways with Coach Maxwell Konadu as its Head Coach with immediate effect. Coach Johnson Smith has been appointed to lead the team in the interim.”