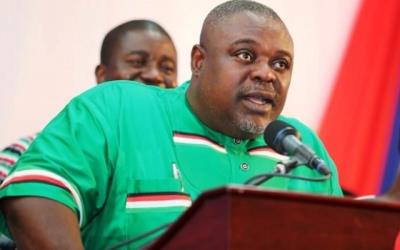 Koku Anyidoho, Former Deputy General Secretary for the National Democratic Congress (NDCs), has strongly appealed to the Akufo-Addo government to take advantage of the COVID-19 pandemic to give special roles to the military to instill discipline in the country as Ghanaians have become slaves to the practice of democracy.

According to Mr. Anyidoho, the use of the military personnel by President Akufo-Addo to clean up the gutters in Accra as it used to be in the era of former President Jerry John Rawlings is the surest way to keep the environment clean as the civilians have disappointed the country with regards to sanitation and hygiene.

Mr. Anyidoho, the former Deputy Chief Scribe of the largest opposition National Democratic Congress (NDC) , said Ghanaians through the passage of the 1992 constitution which gave birth to freedom of speech have rather enslaved the country.

Citing the role of Salifu Amankwa as an example, he said that Ghanaians spoke against his work of instilling discipline and keeping Kwame Nkrumah Circle clean and when he was eventually taken out of Circle, the place has now become a dumping site.

“What I am happy about is that the military personnel are cleaning the gutters . . . we drove away Salifu Amankwa from Circle and now Kwame Nkrumah Circle has become a dumping site. So, we have become slaves to our freedom of speech,” he mentioned.

He further suggested to the Akufo-Addo led government to adopt some military tactics to discipline people in the country as well as issue and order that there must be a 6-month prison term for both owners of houses without toilet facilities and tenants occupying them.

“Going forward, anybody who will build a house without toilet facility and those who will rent those houses must be punished. If we don’t begin to adopt some military tactics and discipline in this country, we aren’t going anywhere. The owner of the house without toilet facility and the tenant who goes for such a house must be jailed for 6 months,” Koku Anyidoho suggested.