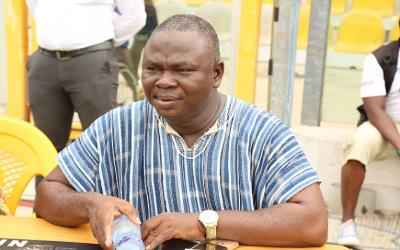 The Chief Executive Officer (CEO) of Techiman Eleven Wonders, Albert Commey, has said that the expose’ by Anas has brought a lot of benefits to football in Ghana and has presented an  opportunity to sanitize the game .

Albert Commey indicated that the expose’ by Anas revealed a lot of mishaps that was going on in football and influenced the officiating of football by referees after the normalization committee completed its work and handed over to the GFA .

Speaking in a radio interview  with Nana Gyasi Darkwah on Max FM’s Sportspack 1 show, on Tuesday , 9th June 2020, football administrator Albert Commey indicated that the Number 12 expose’ by Anas has given the country an opportunity to sanitize the game of football.

Throwing more light on the effect of Anas’ Number 12 on football officiating, he said “Anas’ expose’ brought out issues of football that were not known to the public but were actually affecting the game negatively due to a lack of vigilance.”

He further said “Even after the work done by the normalization committee, I realized a lot of them (referees) did not pick any lessons from the committee’s recommendations and did not put a stop to the vices.”

“But, this year when we started the league we noticed that there was a difference. This improvement in officiating of football was as a result of sanctions put in place to evict or remove anyone from the game completely when found guilty,” Albert Commey added.