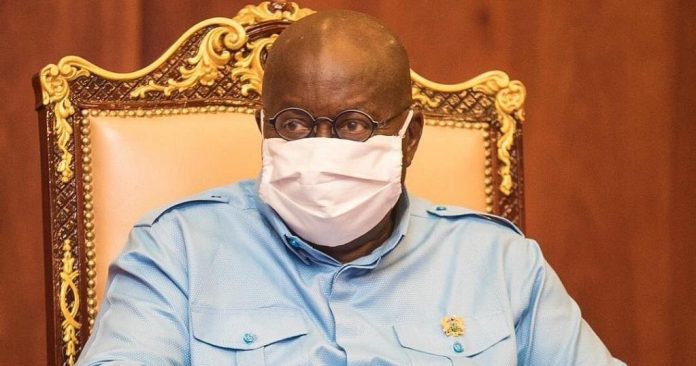 The then-presidential candidate for the New Patriotic Party(NPP), Nana Addo Dankwa Akufo-Addo, was projected as one of the least likely personalities to ever rule Ghana; in fact, per prophecies at the time, he can never become President of Ghana.

If every prophecy by prophets and predictions are anything to go by, then it is a miracle for Ghanaians to wake up every day to the news of Akufo-Addo being the sitting president of the Republic of Ghana.

President Nana Addo Dankwa Akufo-Addo, during his recent two days working tour in the Central Region, was asked in an exclusive interview how he feels about those who said he can never be president.

President Akufo-Addo remarked “I think people who talked like that don’t have an understanding of history. We’ve heard those kind of talk before that Christine Churcher can never be president and so on.

“So it’s a historical view of the life of nations that’s what gets people to make such comments. We were told I remember vividly in the 90’s that when Kufour was seeking the leadership of the country they said an Ashanti can be elected.

“But he was elected not once but twice successfully. So I think those who talk like that usually betray their lack of understanding of how the historical process works so I don’t allow those kind of things to get at me and bring my spirit down.