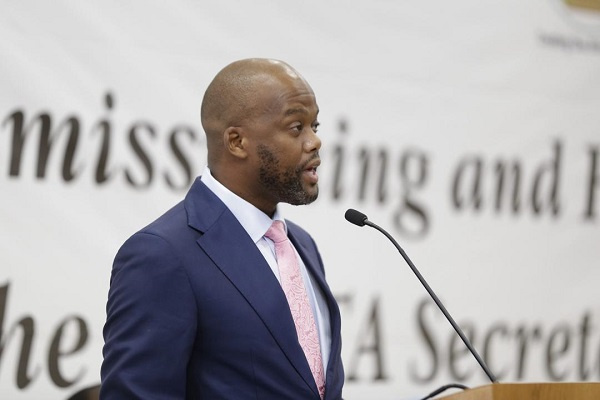 Wamkele Mene, the first AfCFTA Secretary-General has said “the fact that Ghana has been awarded by the Assembly of Heads of States the right to host one of the main flagship projects of the African Union, which is the Continental Free Trade Secretariat, speaks volumes about this country”.

According to Mr Mene, any history of Pan-Africanism that fails to mention Ghana as “the vanguard” in achieving that milestone, would be an “incomplete”.

The South African diplomat made the remarks while presenting his credentials to Ghana’s Minister of Foreign Affairs and Regional Integration, Shirley Ayorkor Botchwey, on Monday, 17 August 2020.

On 19 March 2020, the newly-elected Secretary-General of the African Continental Free Trade Area (AfCFTA) Secretariat was sworn into office at the African Union headquarters.

Due to the outbreak of COVID-19, however, the free trade area agreement could not take off on schedule due to restrictions across the continent.

So, he noted, “I present these credentials so that I am able to start being fully functional and, as the representative of the African Union and to Ghana for the second time”. 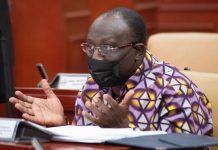