Today, November 11, 2020, marks the 109 years of existence since Accra Hearts of Oak was founded.

Some Ghana Premier League (GPL) clubs including Legon Cities, Medeama, Ashantigold, and Liberty Professionals took to Twitter to celebrate the Phobians on their birthday.

Happy 109th birthday to the oldest existing football club in the country.

The club from its little beginnings in Cape Coast has risen to become the most iconic club in the country alongside Kumasi Asante Kotoko.

The club with 19 Ghana Premier League (GPL) titles, ten FA cup honours, and two President Cups, are the winners of the CAF Champions League in 2000 are 109 years.

It is the only Ghanaian club to have won the CAF Confederation Cup. A feat achieved at the expense of rivals Kumasi Asante Kotoko in 2005.

The club arguably gave Ghana the best assembly of talented players in the Premier League (64 Battalion).

The club once had eleven of its players making up the starting team of the Black Stars and secured a valuable 0-0 draw with a star-studded Nigerian side.

In the last decade, the issues on and off the pitch have left a lot to be desired but it does not take away the fact that the story of Ghana football cannot be said without mentioning the Rainbow club. The club with beautiful colors and beautiful men.

The construction of the Pobiman Sports Complex coupled with the recruitment done in the just-ended transfer window has filled fans of the club with renewed hopes that the club will fight its way back to the top of African football and reclaim its lost pride.

On the occasion of their 109th birthday, we wish Hearts of Oak the very best in the 2020/2021 league season which kicks off on Friday. 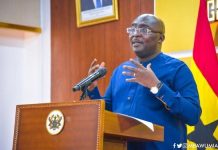 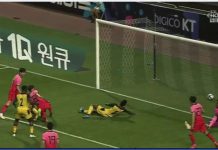