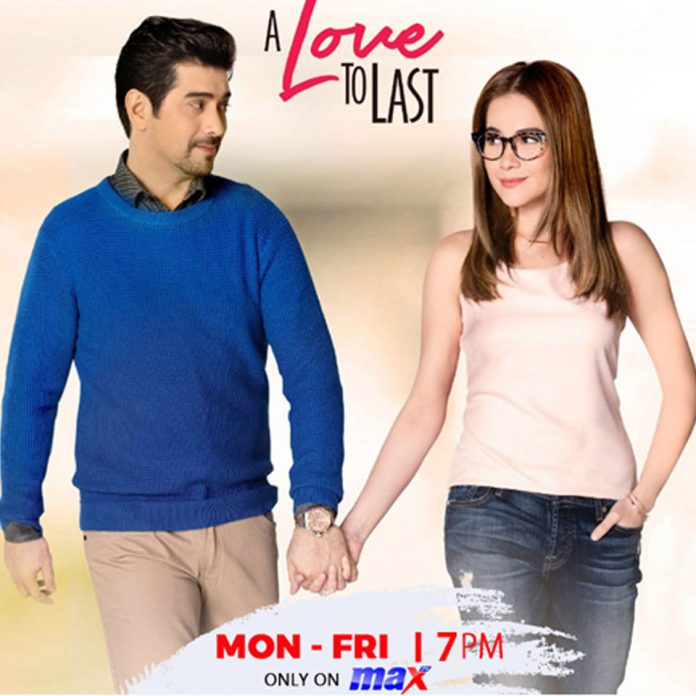 Today’s episode starts with Andeng and Anton holding another meeting for their wedding preparation. They decided on things such as the flower arrangement, the wine glasses and give away gifts for the bride. They disagreed on a few things but talked it out until they settled on their ultimate choice. Tom moved seats to sit next to Tracy and touched her hand. Tracy screamed getting everyone’s attention and they all laughed at her.

During the break, Anton told Andeng that she was glad they agreed on everything without fighting. She told him that most couples almost cancelled on their wedding because the preparations put too much pressure on them. Anton said he did not feel pressured because he was sure about marrying her. Kitty called Anton to tell him that she already invited Grace to the wedding and she agreed to go. Anton told her that he would have to talk to Grace about it first and Kitty was worried that she did something bad. Anton assured her that she didn’t. After the call, Anton told Andeng that Kitty invited Grace to their wedding but he would talk to her.

At school, Fort brought Chloe flowers. She had been waiting for him and asked if the flowers were an apology for being late. Fort said they were but Chloe asked him to loosen up since she was joking and took the flowers.

Kitty overheard the house maids talking about how weird things would be if Grace attended Anton’s wedding. They said Andeng would not like it and Nanny Diding asked them not to talk about it when Kitty was listening.

After the meeting, Tom approached Tracy again and she told him that she didn’t understand why he was interested in her. She said that she was nerdy unlike the sexy women he was used to going out with. Tom said he was past casual dating and liked her because she was smart and funny, which he found sexy. He wanted them to become serious but Tracy said that she would think about it.

Andrew talked to Anton and asked him to take good care of Andrea even if he had to think about his kids first. Anton said he would since her family worried about her and asked Andrew to refer to him as ‘Bro’.

As Anton was driving back home, he called Grace to tell her that he did not want her to attend the wedding since it would make things weird. Grace said that she was not dying to go and only agreed because Kitty asked. She told him to explain it to Kitty and hang up on him.

Anton talked to Kitty when he got home and she asked if Andeng didn’t want Grace to go to their wedding. She said that she heard the maids talking but Anton told her that it was not the case. He tried to explain that there were special occasions that Grace would attend, if they were about her, Lucas and Chloe. He said there were occasions Grace could not attend too like his wedding to Andrea and Kitty said that she understood. This content belongs to Kenya meets the Philippines and should not be posted on any other pages.

Anton and Andrea had their wedding photo shoot scheduled but the set and pops were not done. The person behind it had to go for an appendix surgery and Andeng had to handle the preparation. Anton was angry when he arrived and reprimanded the person who was sent because they did not know how to do anything. Andeng asked him not to get mad because the person just started his job and did not know much.

They had everything set up and eventually got the shoot done. When they were done, Anton asked Andrea to stay for a while as the others left. He told her that he needed to work on his temper because she might not be able to tolerate it when they got married. He also told her about all his bad habits, asked that she become patient with him, and not get irritated once they were married.

Astrid texted Tupe that he would be attending Anton’s wedding to help out with the guests. Tupe was not excited about it because he would have to see Chloe with Fort. His mother told him that they were still young and he might still get his chance with Chloe.

Grace was depressed as Anton’s wedding was drawing near. Her mother urged her to tell Anton about her feelings for him since she had nothing to lose. She also reasoned that maybe Anton too was dying to keep their family together.

The following day, Tom went to pick up Anton for his bachelor party. Grace called to ask if she could visit the children and was disappointed to hear that Anton would not be at home. He asked if she needed something and Grace said it was fine. Anton told her to consult with Andeng once they were married about seeing the kids since she would be living at the house and Grace said that it was fine.  That was where today’s episode ended as she hanged up… 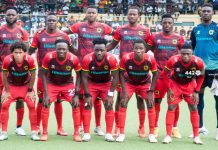 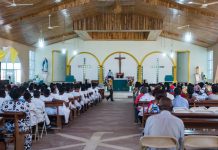