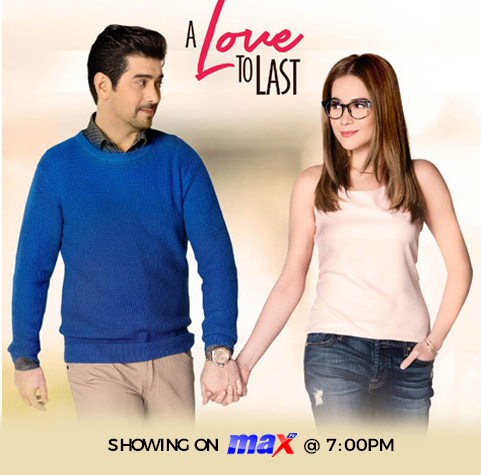 Today’s episode starts with Fort and Chloe going back to school and Fort commented that he had not seen Tupe around. Chloe said that he helped with the search for Lucas and went to see her at her house wearing a funny mask. Fort said that Tupe was always hiding behind a mask and would never admit to having feelings for her. Chloe said that he was talking as if he was jealous but Fort said he would never get jealous. Chloe said it was true because they were not really dating.

Tupe and Gena talked too and he tried to explain that he never intended to hurt her. Gena said she knew that and it was the reason she could steal talk to him. She however told him that Chloe seemed happy with Fort and he should not mess up things for them.

Lucas refused to eat the food that Nanny Diding prepares so she called Grace to tell her about it. She mentioned that Andeng was there taking care of Kitty when Anton and Chloe were at the hospital and she should not let her take care of Lucas too.

Lucas tried to walk with his injured leg and refused help from his nurse. He ended up falling down and Grace arrived when he was down on the floor. She tried to help him back to his wheel chair but Lucas said he would do it himself and limped back to the chair. Grace said she meant it when she said that she would never leave them again and Lucas sarcastically welcomed her back.

Grace decided to make some chicken soup for Lucas and Kitty was excited to see her home as well. She called Anton to tell him that Grace was at the house.

Anton and Andeng were still at church. He told her that Grace was at the house and she told him it was a good thing so that she and Lucas could get to talk. Anton said she was worried because Lucas might not be ready for it but Andeng said that they could not prevent him from getting hurt. She therefore said that they should trust him to work out her issues with Grace.

Mameng and Andeng’s Aunts were still eager to find out what happened to Lucas so they asked him to go to Batangas. Andrew told them that Lucas was recovering but he was wearing a cast for his broken leg. They asked how Andeng was handling everything and Andrew proudly said that she was a pillar for Anton and his children and was supporting them through everything. He empathized with Grace and said that she could not stop crying when Lucas got in an accident but it was her fault for keeping the truth from them.

Fort had a call from his mother and she cried about his father refusing to leave his mistress. Fort told her to leave him but her mother said she could not let him run off with his mistress. Fort punched the wall after the call so Chloe gave him a hug and Tupe saw them. She asked him what happened and he finally told her about his family problems. He said that he hated his father and was beginning to hate his mother for refusing to leave him. Chloe advised him to think with his heart and not his brain because they were his family.

Grace made chicken soup for Lucas but he did not want to eat it. Kitty however convinced him to have it because it was nutritious. After they were done, Grace asked to bring Lucas to his room but he refused to let her do it. Anton came in with Andeng and he asked her to bring him to his room instead. He explained that he wanted to speak to her privately and Andeng agreed to go with him. This content belongs to Kenya meets the Philippines and should not be posted on any other pages.

Lucas made it clear that he still did not approve of her but he agreed for her and Anton to get married. Andeng wanted to know why he did it and Lucas said it was because he loved his father. Andeng said it was a good enough reason for the moment but assured Lucas that the two of them would eventually get along.

Anton talked to Grace about marrying Andeng and told her that she should discuss any concerns she had with him instead of the children because it would only make them anxious. Grace said that she only wanted to make it up to the children for leaving and Anton said that he would never stop her from doing so. He said that she would always be their mother and Andrea had convinced him that it was better for everyone if they all got along. Grace was taken back after hearing that Andeng was the one who convinced him. Andeng came back downstairs so Grace decided to leave. Kitty came running downstairs to give Andeng a drawing she made of her and left in tears.

When Grace’s mother called, she told him that she was surprised to see how much Anton had changed because of Andrea. She pointed out that he was selfish and only focused on work when they were together but he was now attentive and did not even leave Lucas’ side when he was at the hospital. She said that she feared losing her children and would be alone once Anton married Andeng.

Anton had Pizza night with the children and Lucas said he was happy that they could all be together. He said that he wanted to remember the times they were that way, as a family.

Aunt baby called Andeng to tell her that they were organizing a birthday for Santino and wanted her to invite Anton and his children. Tracy was excited to hear it and told Andeng that she wanted to go too to witness the meeting between the Agoncillos and Nobles. Andeng said she could go as long as she promised to bring Tom too but Tracy refused to admit to dating him. Grace texted and asked if she could meet with Andeng the next day and Andeng agreed to see her.

Tupe met with his professor and she gave him the good news that she was among the students who had been selected to attend internship at Celba. Anton also received the list of students who would be interning at his company.

Andeng met up with Grace the following day and we ended as she apologized to her for not treating her well. That was where today’s episode ended…